The installation of smoke alarms in your home or investment property is essential in providing early warning of fire and providing you with the precious time which may be vital to your survival. 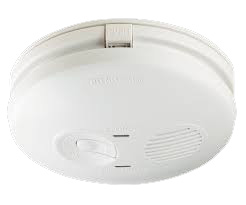 In South Australia legislation is in place to make smoke alarms compulsory for all residential buildings. Home owners are required, by regulation 76B under the Development Act, 1993, to install battery powered or hardwired (240v mains powered) smoke alarms.

Why do I need a smoke alarm?

Smoke obscures vision and causes intense irritation to the eyes. This, combined with the effects of the poisons in the smoke can cause disorientation, impaired judgement and panic reducing the victim ability to find an exit. Most fire related deaths result from the inhalation of toxic fire gases rather than from direct contact with flame or exposure to heat.

We recommend & use Photoelectric Smoke Alarms

These smoke alarms have recently been identified as providing the best detection across a range of fires. They detect large smoke particles, the visible products of combustion and are the most effective in the case of smouldering fires. They are suitable for installation near kitchens or in area containing combustion heaters or open fires.

The MFS recommends that the best protection is provided by photo-electric smoke alarms which are hard wired to the 240v power supply and interconnected to give the earliest warning possible.

All smoke alarms have a recommended service of life of 10 years under normal operating conditions.

The MFS recommends that where two or more smoke alarms are installed that they be interconnected. Both the ionisation and photo-electric types of smoke alarm are available as interconnectable alarms.

We recommend and use PSA Life Saver and Clipsal smoke alarms

What is the cost of Interconnecting Smoke Alarms?

The cost of interconnecting smoke alarms is dependent upon the distance between the smoke alarms and the construction of the property (ease in wiring from one smoke alarm to another) and thus can only be completed on a time and materials basis.

Indicative pricing based on a single storey 3 bedroom home would be approximately $75 to $100 per interconnection. Our electricians can provide you with a fixed price quotation when on-site.

BMS Electrical services was founded in 2006 and has grown into one of Adelaide’s largest provider of domestic electrical services. Our growth and success has been built on the pillars of industry leading customer service practices, experienced and well trained office personnel & electricians and the provision of services that our customers need at a fair and competitive price.